Harvest sweet potatoes one after another

Did you burn the sweet potato?

Udera volunteers are cutting buckwheat noodles!
On Saturday, November 11st, the potato digging experience was held as scheduled.
It's sunny despite the rain the day before!Thanks to the rain, the soil was soft and easy to dig, and although it was a little small, it seems that everyone who participated in digging up a lot of potatoes enjoyed it. 31 participants.Most of the parents and children were very lively, and I wanted to take the dug potatoes home, so I bought a lot.
After receiving the baked sweet potatoes baked in the field, study about masonry in front of the stone workshop.I was instructed by the people of the Nagasaki City World Heritage Division. "Why did you build a house out of stone on such a mountain?" The city officials answer the question of the nursery school children well.When I presented two pictures of Mr. Do Ro, young and old, and asked "Which is Mr. De Rot?", The same kindergarten immediately answered "I don't look like", and there was a scene of laughter. did.
At the same time, the volunteers cut buckwheat noodles.This year is a good harvest.

Support for typhoon damage by getting up and spilling! 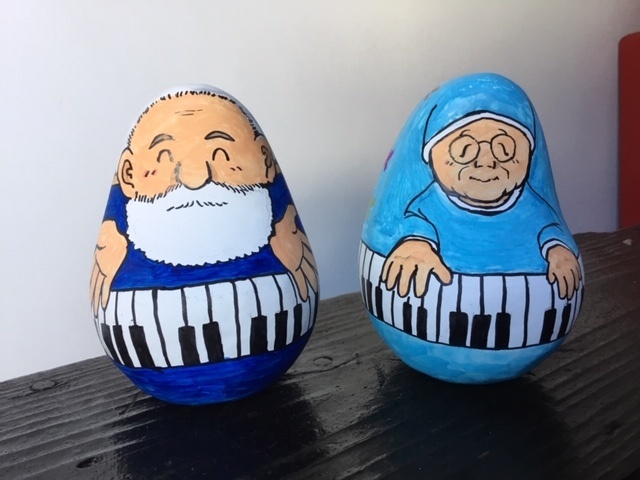 De Rot and Sister Hashiguchi get up and spill
In the past days, "Agenda NAVE Nagasaki" donated a spill to support typhoon damage.
Yuka Nishioka's handwriting, which depicts De Rot's manga "Ai no Hito", is very nice and cute!
Limited to 10 pieces each, 3,000 yen per piece.After deducting the material cost, all support for typhoon disasters.
I am very grateful for your support, but I am deeply moved and grateful that there is such a wonderful form of support.
Sold at the rescue clinic!
By the way, the recovery of the damage is still untouched by both Ohira and the Rescue Center.Perhaps there is the difficulty of being a cultural property. 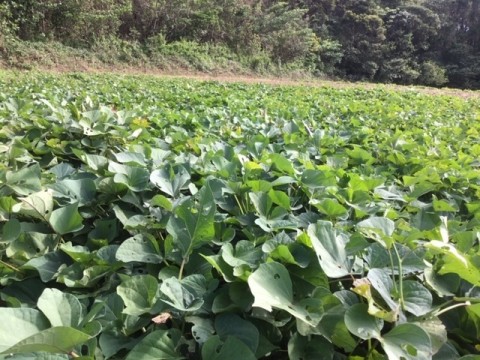 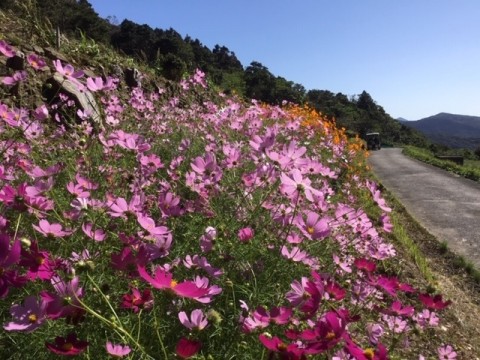 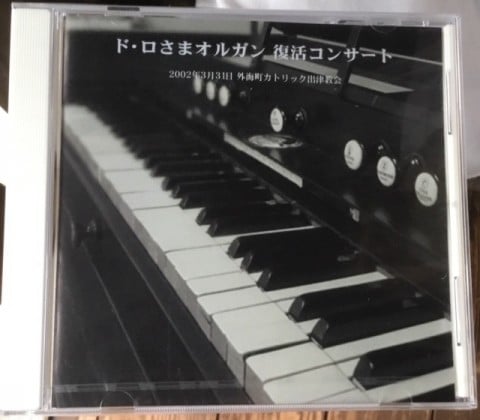 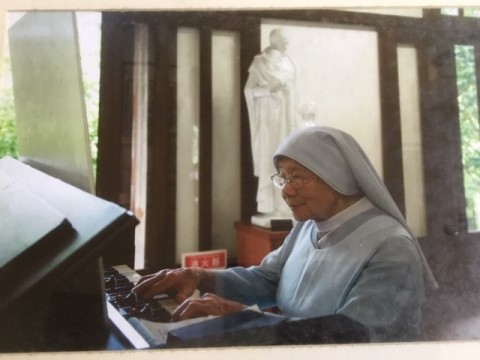 Harmonium performance
Eighteen years ago, the "De Rotz-sama Organ Revival Concert" was held, and a commemorative CD came out the other day.
Harmonium (European organ), which De Ro ordered from France for accompaniment of mass 130 years ago, was played in church until around 40, but problems such as air leaks began to appear. So the church has a new organ.De Rotz's organ was then played in the corner of the Father de Rotz Memorial Hall to the sound of Sister Hashiguchi, who had been playing for many years, and sang with the visitors. 18 years ago, the organ in Yokohama. The sound of the De Rotz era was revived by having the researcher Nihei repair it.Mr. Nihei was offered to repair it by all means, and he volunteered for a month to repair it.The cost of repairs (replacement materials, etc.) was covered by the kindness of many people, so it seems that it was a joyful concert for many people.
The greetings of Father Yamauchi, the chief priest at the time, and Dr. Nihei, who repaired the work, are followed by the chant of Sister Hashiguchi. 84-year-old singing voice.
"One box came out", so we will divide it for 1 yen per sheet. For inquiries and orders, please contact the former Izutsu Relief Center Secretariat. 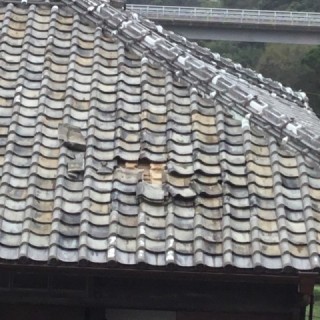 Ameto of the rescue hospital that was skipped

Ohira workshop
It's been a week since typhoons 9 and 10 blew up.I was busy cleaning up.
Both were very scary typhoons.After spending a sleepless night, I went to the rescue clinic and was surprised at the damage.The tiles of the mill and macaroni factory are turned over.Two shutters of the rescue center were blown off and dropped, and the hinged window on the first floor of the mill was shaken off and the wind was playing.It was No. 2 which followed a fairly distant course, so it was a big shock just because I was off guard.
No. 10 was even more terrifying, and the rescue center was further damaged by shutters, windowpanes, doors, window frames, etc., but the most shocking thing was the Ohira workshop, which was under construction of masonry.It is the collapse of the temporary roof that was attached for maintenance.The important masonry is also considerably damaged.
We are discussing good and bad measures with the Agency for Cultural Affairs.
This time, it was a report of damage.
Today is the blue sky.It is the open sea that has fallen.
1 2 3 4 5 6 7 8 9At last
Former Shitsu Aid Center
● Opening hours
Tue-Sat: 9: 00-17: 00
Sun: 11: 00-17: 00
(Final reception 16: 30)
● Closed days
Monday (in the case of a holiday, the next day)
For details, click here
2696-1, Nishishitsu-machi, Nagasaki-shi
TEL 0959-25-1002
FAX 0959-25-1006