The band performance
On Sunday afternoon, the 15th, "De Rotz's Organ Easter Concert" was held as scheduled.The second floor of the rescue center was almost full and we were able to start.Sister chorus "Cole Angelus" came from Goshima to the organ performance and chorus, and 2 choruses related to the resurrection of Christ, the organ performance is Larugo composed by Marcello and Aria composed by Bach (Matthew Passion No. 5) 65 songs.The refreshing harmony and the beauty of the organ tone brought excitement and joy to everyone who listened to it.
After that, five members of the local band, veteran "Gitakko" played three songs, and it was a lively concert with fun talk and encore.A lot of them will remain at the tea party that follows, and it will be a fun time with handmade tea confectionery.I also enjoyed talking.
I think it will be difficult to hold a concert for a while depending on the whereabouts of the World Heritage registration, so it was a good break.
By the way, are there any people who are interested in the kitten that was uploaded last time?
I put it in a box and put it outside the rescue center, but the day after next, my mother cat came home.This time in the brick stile next to the tea roasting room.I made a loud noise around me again, telling me that I couldn't keep it here (my mother is a domestic cat), and opened the outward-facing door.It was a mother cat with a great appearance, but after a while the kitten's voice disappeared and the kamado became empty.Mother cats sometimes loosely cross the yard.I think I'm growing up somewhere.It's superfluous, but is it really your child?The more you want to say, the different the coat color of the kitten.White 1, gray 1, pheasant 2.The mother cat is pitch black!
I completely forgot to take a picture of the concert ...I'll get it from somewhere.sorry.
(Mr. N from the neighboring Kurosaki Church provided it. Thank you.) 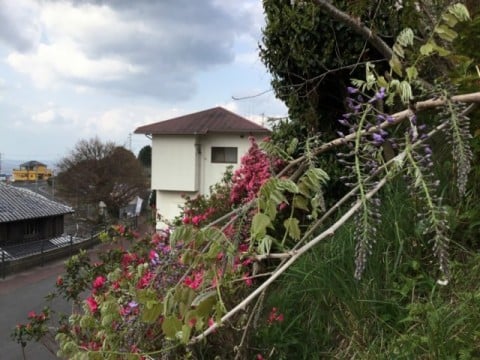 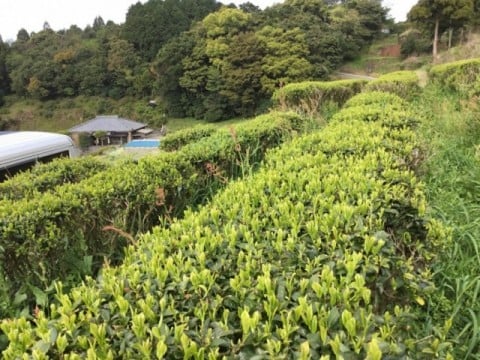 Sprout tea tree
Yamafuji flowers have begun to burst on the bank of the parking lot.The mountains are in the green season.
I finished the maintenance of the organ, so I went up to the field for the first time in a while, but I was surprised!The buds of tea are coming out densely.
I wanted to make black tea with black sprouts and picked it. nice smell! It was quite good tea. A big accident in the middle of making. There are 4 kittens born from the cage. Since the fire has not been lit since autumn, the mother of the cat seems to have laid a baby behind the bottom of thatched box.
The organ has been repaired for air leaks and the keyboard has been repaired so that it can be played more clearly and loudly.I was a German engineer who lived in Japan for a short time and spoke German and English, so the conversation was terrible.It was English that couldn't be written, but I managed to finish it without any problems.He is relieved to say that he enjoyed the maintenance.Please come to see the organ.
Now, it's time to resume work on Udera (Father de Rotz Memorial Hall).Volunteers were still working hard today.Preparations for sowing peanuts.
Spring Hatake Women's Voice Mechanical Sound

De Lo's organ is under repair 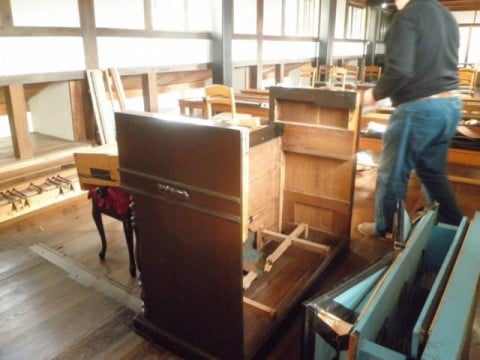 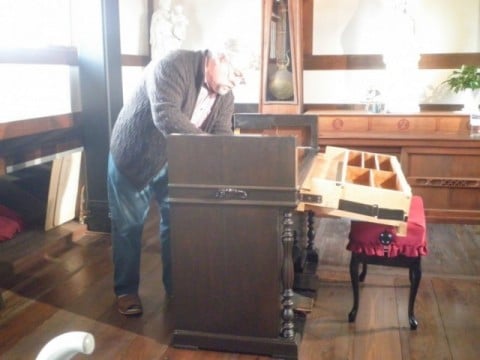 Warm every day.Both the mountain cherry blossoms and the Yoshino cherry tree are in full bloom, and it is in full bloom in spring.
By the way, De Rot's organ is under repair now.There is a connection, and a pipe organ technician has been carefully repairing the damaged part since the 28th.It's a pity that people who are entering the museum now can't hear the tone, but I was able to see the inside of the organ and how it works, which made me happy. Until April 4st.I'll give you a photo.He came from Hokkaido, but he said that his home is still buried in the snow.They enjoy the heat and the cherry blossoms.
Blue rock thrush has begun to sing.A bird with a beautiful appearance and voice, it sings on the roofs of churches and rescue centers.It seems that the season word is summer, but I dare to ...
Blue rock thrush in hymns, spring morning
The approaching daughter seems to be a crane returning
I witnessed the crane's second return to the north this year as well. 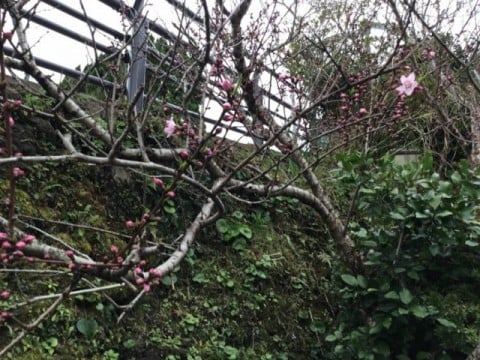 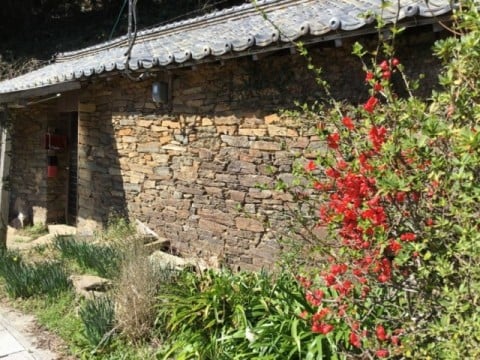 Thank you for introducing BS Asahi's building heritage very nicely.The camera's skill is to show such a magnificent cutting machine!The Kamado was also shining.There is no place to place an order for narration.I was impressed by what the professionals did.
Speaking of cherry blossoms, wild cherry blossoms begin to bloom first.I thought it had begun to bloom the day before yesterday, but today I can see white and pink trees all over the mountains.When I returned from the work of Udera, the orange color of the blur caught my eye.Now it is blooming in the house in the unmanned masonry.On the back, many summer oranges are growing this year as well.
The peach blossoms at the Father de Rotz Memorial Hall have also begun to bloom.Even though I was walking down, I was encouraged by the cute pink that caught on the edge of my eyes and looked up at the sky.
Bloom all at once Veronica polita
It's starting to bloom and the peach is crying
Without lizards, loosely and masonry
Today it's very cold.You will be surprised by the difference in temperature.please take care of yourself.

Rescue Center is featured on TV